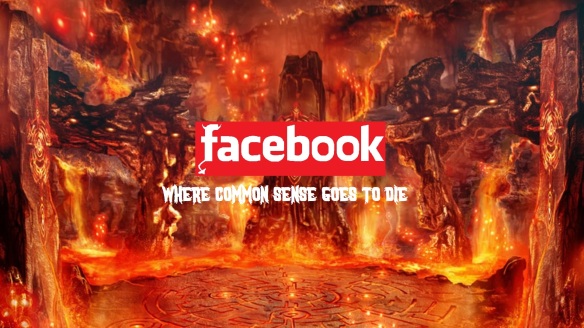 One week ago tomorrow (November 18), I was put in Facebook jail for the fourth time this year, over a meme that was not the least bit offensive to anyone but someone took the opportunity to report it and based on that, I was back in the clink. 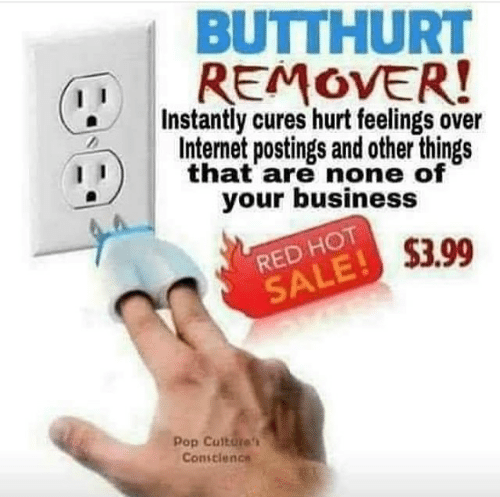 That meme was so offensive to someone that it was worth 30 days in Facebook jail. I can only imagine what kind of gutless, worthless, sorry-excuse-for-a-human-being was offended by something like that. But it was through this that I discovered something.

In the world today, your post doesn’t have to actually be offensive, if someone just doesn’t like it, they can simply say that they are offended and heads will roll.

In Facebook land, your first offense leads to a warning, second is 24 hours in the can, third is 3 days, fourth is a week and fifth is a month. Beyond that, I’m not sure, as I have heard conflicting reports, some say 60 days and some have said a lifetime ban.

On that note, here are a few of the other memes I have posted that were considered so vile they were worthy of putting me in Facebook jail over. Pure and total filth:

So, yeah. Those memes were so over-the-top offensive that I may sit one bad meme away from a lifetime ban despite the fact that in the previous six years I posted numerous memes (including the bacon one, which had been posted on my own wall several years ago) and had never once received a stretch in Facebook jail. But I’m more philosophical about things now than I have been in the past. Jail will do that to a man, even Facebook jail.

As I said earlier, as long as someone announces that they are offended, that’s all it takes for Facebook to drop the hammer. The bacon post? All it takes is for some muslim to say “I don’t like bacon, it offends me” and it’s Facebook jail time. I do admit that I’m curious as to whether or not a straight, white, native-born, employed male like myself would be able to get anything blocked due to being offended, though, given the state of the world.

What amazes me more than what I have posted being considered so vulgar it was worth Facebook jail time is the stuff I have seen that never gets reported. Full-on nudity, Full-on pornographic images, video of legitimate suicide by rifle shot, clear threats of violence and racism on every level against every imaginable race. And who can forget the wave of political nonsense that has to be the most disgraceful thing I have ever seen.

That’s all fine, none of that is anything to worry about. Perfectly acceptable. Guy blows his head off in a posted video? No problem. Man beheaded by radical muslim terrorists? That’s probably a free-speech issue. Calling people every name in the book and threatening physical harm because you are a member of an American political party? Nothing to see here. Jason J. Connor post a meme about people being butt-hurt?

Now that’s something Facebook would apparently go to war over. And that is pathetic. So while I do feel I was treated unfairly, taking me out of the opportunity to talk baseball with my Facebook friends during the most important period of the offseason (the GM Meetings are the first week of December, I am not paroled until December 18) I also feel that Facebook should feel just as stupid as they look and I am all too happy to share my story.

Perhaps someday, someone will be offended just by the very existence of Facebook, and they’ll have to decide if they should take the entire site offline for an extended period, after all, we can’t have anyone getting offended by anything, no matter how mundane.

Keep fighting the good fight, Facebook. You’ve now got the John Dillinger of social media in Facebook jail for 30 days. I bet the world feels a little safer right now than it did before. You just never know when someone may become offended and that’s just too scary to contemplate. Congratulations, Facebook. Never stop fighting for what’s right.

Oh, and up yours.