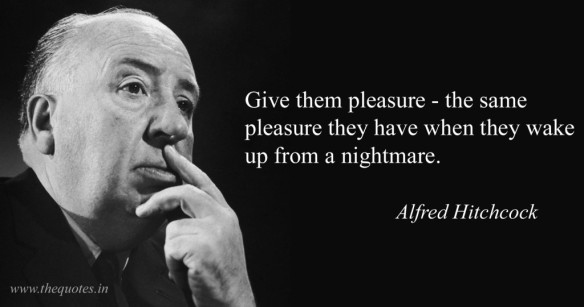 Those that have known me for any appreciable length of time know that I have been a fan of the works of Alfred Hitchcock for nearly 30 years. I was first introduced to him via Alfred Hitchcock Presents episodes in the fall of 1991, when my mom invited me to watch an episode and I was instantly hooked. In the years since, I have acquired nearly never episode of that program plus all of his surviving feature films.

I actually began taping Alfred Hitchcock Presents the year I discovered it, on VHS tapes, as they aired on Nick At Nite. In 1998, I re-recorded every episode that was shown on TV Land. Finally, when the program was released on DVD, I was quick to purchase every season that’s been released. I am still waiting for the release of the final season. I’m not sure why every other season was rushed to release except that one.

As for his feature films, AMC ran a marathon in 1999, the 100th anniversary of Hitchcock’s birth, and I filled as many VHS tapes as I could with those films. The ones that weren’t shown, I would try to find at my local movie and music stores.

Then, in 2010, I purchased three studio-release boxed sets, as well as a $5 Walmart boxed set that featured mostly silent films from the 1920s. The few films that were not included in any of these sets, I purchased on individual DVDs.

I have 54 feature films and 229 episodes of Alfred Hitchcock Presents in my collection. I plan to watch ALL of them over the next five months or so. While I have, more than likely, watched every episode of the TV program over the years, there are still 10 or 12 feature films I have not seen, even though they have been in my collection for a number of years. This has been a dream of mine for some time. Now it will happen.

In addition to watching, I also am planning to rate each film and TV episode through my IMDb account. I have done this previously with the 1950s TV series State Trooper and with the first two seasons of the original Star Trek series. I think it will be fun to look back on that as the years go by and especially when I watch a film over again.

This little project has literally been something I have been desirous of doing since at least 2005. I knew it would be a winter project, since my summer nights are taken by Chicago White Sox baseball games. I also knew it needed to be done at a time when I would have absolutely no outside distractions on a nightly basis.

My current thought process says I would like to watch three films per week, which will take 18 weeks if all goes as planned. I would also like to watch roughly 10 episodes of Alfred Hitchcock Presents per week, which would take roughly five months, and I would finish up right in time for MLB Spring Training in 2019. I do worry about burnout, though a few years ago I watched every episode of The Lone Ranger during the winter months, 221 complete, and never suffered burnout. And could have watched more.

I have printed out the title of all 54 feature films and will be cutting them out and putting them in an old cigar box and will draw a film out and watch, that way I’m leaving which films I’ll be watching completely to chance. I don’t want to just jump in watching my favorites (i.e. The Lady Vanishes, Rebecca and Psycho) all at once.

Oddly enough, the oldest surviving Hitchcock film, titled The Pleasure Garden, is one of the few I have not seen before. It was not included in any of the boxed sets. Released in 1925, I was able to secure a DVD copy from Amazon at a reasonable price. Apparently, it is now out of print because it is no longer available on Amazon or eBay.

I am looking forward to this project. It is many years in the making.

Below is my collection. 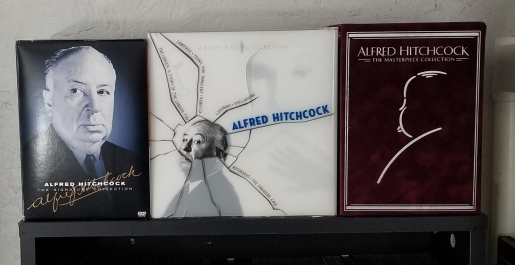 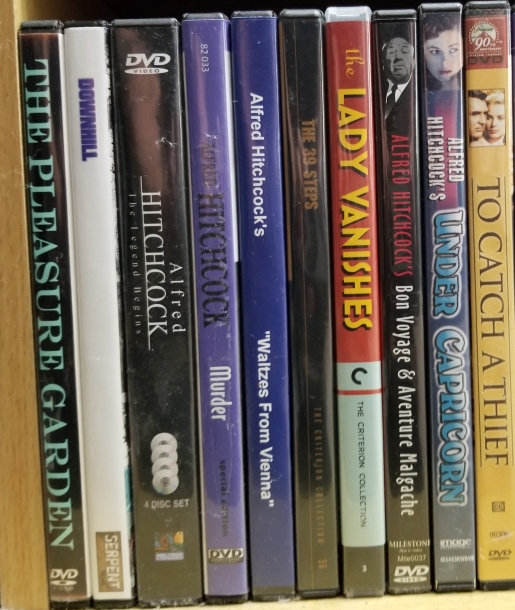 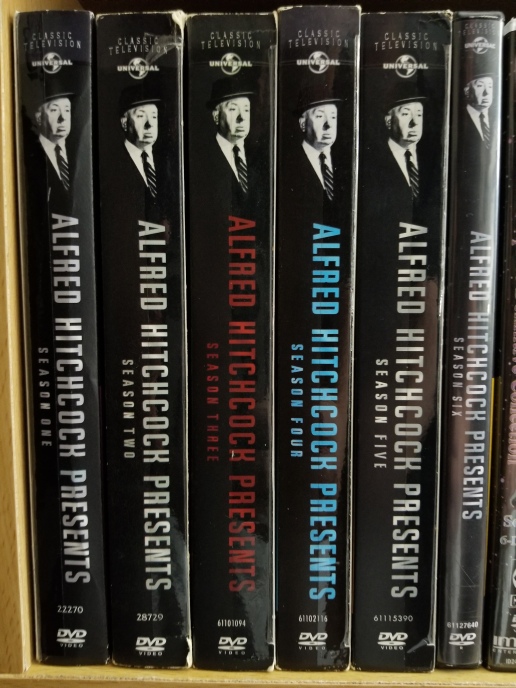 6 thoughts on ““There is no terror in the bang, only in the anticipation of it.” – Alfred Hitchcock”