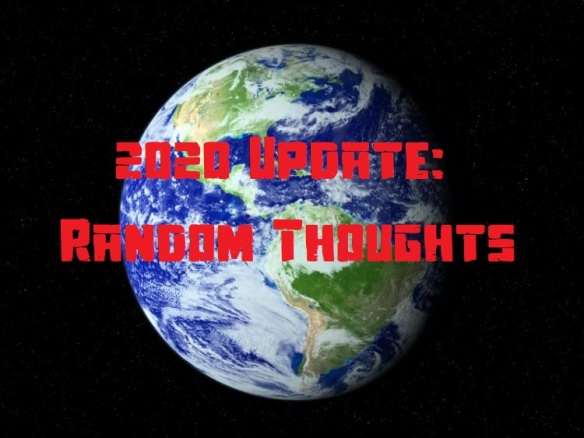 First, let me say that this month has been everything I had hoped the 2020s would be. I haven’t been this happy in probably 15 years, maybe more. Admittedly, I take to the single life like a fish to water (yes, I know it’s correct to say “like a duck to water” but a fish takes to water because it’s life depends on it, I think that’s more appropriate for me). So that was a great first step and really helped me to focus on myself.

More so, that allowed me to sit back and watch people who spend all their time on social media complaining and whining about how they were treated by an ex, and how uncouth it all is. We’ve all been mistreated by exes. I’ve been kicked to the curb, ghosted, mislead, lied to, stolen from, cheated on, used for leverage and had fake charges filed against me with the county sheriff’s office, and that’s only the past two years!

Everyone has had bad experiences (in my case I’ve had 100% bad experiences) but that doesn’t mean it needs to be beaten to death on social media. Yes, I have a very anti-relationship stance, and I do occasionally post memes in that vein, but I also love women and I celebrate them on social media as well. I found a middle ground between being ridiculous in any direction. And I feel good about myself for it.

This is why 2020 is being spent focusing on me, because no one else is going to. I have learned the hard way that everyone is out for themselves, and now it is my turn. I am putting myself and my happiness ahead of anything or anyone else. There’s an old saying about the fact that you can’t love someone else if you don’t love yourself first, and that’s very true. You need to be at peace with yourself and your situation before you should get involved with anyone else. I have my own problems, I don’t need yours. Get your problems taken care of and then we can see where things go.

On a happier note, I am continuing to update my MLB 19 The Show rosters and have done the best job I have done to date on offseason updates, dating back as far as 2014. Usually I try to do as much of the major transactions as I can and let the minor league stuff sit, especially the Class A rosters. But this year I have spent hours every day making sure everything is as it should be. I hope to start playing my franchise on February 22, which coincides with the first Spring Training game the White Sox play.

One of the biggest negatives of 2019 was the six stints I spent in Facebook jail. But the silver lining in that cloud was that it allowed me to diversify my social media presence and I have been much more active on Twitter and Instagram, for better or worse, I suppose. While Facebook remains my base of operations, Instagram has become a repository for my daily meme posts and Twitter is a great haven for Chicago White Sox news.

I have worked myself into a very good daily and weekly schedule but that’s all due to change as soon as baseball season begins, and then I’ll have to do a life reboot and change a lot of the things I do to make time for baseball games five or six days a week. That’s definitely not a complaint, it’s just a fact that things will be changing soon.

I continue to feel positive about everything. My decision making has taken a major step in the right direction, I’m not making bad decisions on a daily basis like I used to, in fact, I haven’t made a poor decision yet in 2020. I’m also learning to be less off the cuff and ill-prepared for things, I have a habit of running into burning buildings (metaphorically speaking) without thinking about the consequences and that has been a lifelong issue for me, my attitude has always been “let’s do it and worry about the consequences later” and that has a 0% success rate with me. Now I am learning to do my research and think things over before I act, and not just act on impulse and screw everything up.

I’m the luckiest man in the world. I am financially secure, I have everything I want (that money can buy, that is), I have great friends and their support means the world to me because without them, I would no doubt be in a bad situation somewhere, and the only thing I lack in life is a partner to share it with, and if that’s as bad as its going to get, I’ll take it. I can get by on my own with ease, I’ve done it before (proudly single for nine years between 1996 and 2005) so if a second go-around of that is in the works, I’ll take it and make the best of it. That era was the happiest time of my life, by far.

Which brings me to the fact that I should be living my best life right now, but I am still having to work my mind into accepting the fact that it’s OK to be happy.

So, in closing, I put a lot of pressure on the 2020s, and so far it’s has been everything I had hoped it would be. I came in well-prepared and so far, so good. I just hope it continues to chug along nicely, and that spring and summer offer me the opportunity to catch up on my cigar smoking that has been neglected all winter, and of course I am looking forward to the first winning White Sox season since 2012.

Thank you for taking the time to read. Peace.