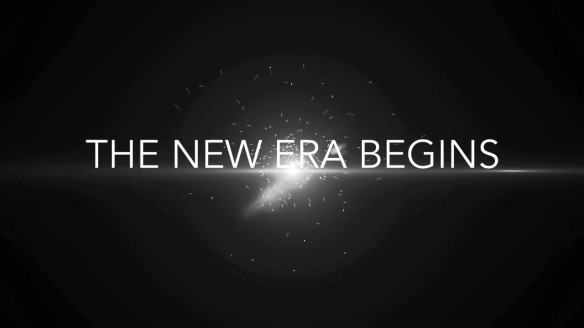 The new era of me on social media.

There will be changes. Not just cosmetic changes (i.e. a new profile pic) but real change, change in substance and change in style.

My reputation precedes me when it comes to the ladies; I love girls, I always have and I always will. There is nothing more beautiful than the human female form, it’s perfect, down to the last detail. And I have always celebrated the female form on my social networking sites, be it in the form of memes or just basic photos of women in various stages of undress.

My male friends have long enjoyed these posts, as have I. However, due to the changing nature of the beast we call Facebook, I will no longer be posting these memes or photos because one person’s simple photo celebrating a beautiful woman is another person’s reason to come unhinged and report the photo as being something it is not.

This will also apply to my memes that are not about celebrating the female body. In the past I had no reservations about posting memes on any subject, no matter how controversial, so long as they were funny. I have no learned that literally anything can be perceived as “offensive” if a person wants to be despicable enough. So I will no longer post anything that could be in any way perceived as offensive to anyone, which means no memes about women in any way, no memes about relationships or marriage, no political memes or anything connected.

From here on out, my Facebook, Instagram and Twitter accounts will feature Chicago White Sox stories, stat pieces and news, which has been a hallmark of my social media presentations for over a decade, and my memes will be the most mundane I can find, featuring Star Trek, science, cats and dogs, pun humor (as long as it’s not sexual in nature) and nothing featuring any level of bad language. Everything right down to the word “damn” is now persona non grata on my wall. My wall, and profile, will be the height of class and dignity from now on.

And I don’t want it to sound like I am doing this against my will, per se. Yes, I enjoyed posting beautiful women for everyone to enjoy, I enjoy dirty jokes and limericks and puns as much as the next person (and maybe more so), but I am not taking any chances on being locked out of my account for an entire month, especially since I am the only person on earth who is not allowed to have a secondary account; I attempted to start one and it was closed on me.

I also would like to change the narrative about myself.

While there has always been enjoyment in posting as I have posted in the past, there is also the thought of how I am perceived online, and “immature” would probably be the nicest way to word it. No one has ever been openly offended by my posts, at least to my face, though clearly someone has been or I wouldn’t have spent 14 of the past 21 days in Facebook jail. I want to get away from that and be taken more seriously as a man and as a human being.

I am also making a major change in the way I interact with others. I have always been very liberal with the like and love buttons. I enjoyed giving people feedback on their posts and I’m not one to shy away from complimenting when the circumstance dictates. From this point on, it will not matter what circumstance dictates, because I will be refraining from participating to the extent that I have in the past. I will continue to engage in baseball talk with the guys, which is literally the only reason I am on social media in the first place, but everything else is over.

Finally, I am going to be a lot more discriminating when it comes to accepting friend requests. In the past, if you were a White Sox fan or a local single female or I knew you in person, you had an automatic “in,” and others would be included on a case-by-case basis. That will no longer be the case. White Sox fandom will continue to be an automatic acceptance, but other than that, I’m going to be using the “decline” button on a regular basis and be more vigilant.

Maybe at 42 it’s just time to grow up and use social networking for the only reason I got it in the first place, to network with other White Sox fans. That’s what brought me to the show in the first place. I had my first social media account, MySpace, in 2005. I got Facebook in 2007 and Twitter in 2009. I held out on Instagram until 2016. I closed my MySpace account in 2010, but still retain the other three. And I have been going through each one, removing any questionable content as I serve out my sentence in the Facebook Penitentiary. And it has been therapeutic.

Going forward, I hope this makes for a more enjoyable experience for all involved.