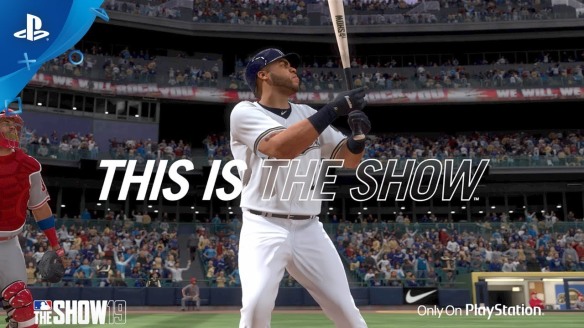 As age begins to get the better of me, I spend more and more time reminiscing about days gone by, and a couple of days ago this lead me to thinking about video games; specifically sports game simulations and the whole “create yourself” concept.

This is the idea of creating “yourself” within the game and playing CF for the New York Yankees or center for the Los Angeles Lakers or quarterback for the Dallas Cowboys. That’s YOUR name up there. Your height, weight, hair color, etc.

My first experience with this came in the form of Baseball Stars, a game for the Nintendo Entertainment System, released in 1989, Baseball Stars allowed you to create an entire team by name, including your franchise itself. A favorite among my friends for many years and still in my NES collection to this day. It was a simplified game in terms of the actual gameplay; the ability to create players and teams made it stand out. 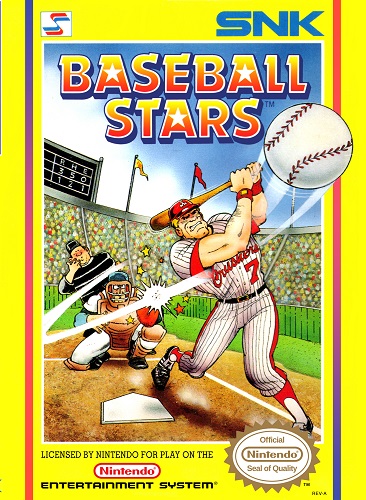 By 1995, a second version of the game had been released and the concept of player creation was removed. By that point, a large number of licensed sports games were hitting the market and the niche was “real players” and/or “real teams.” NBA Live had both. Madden NFL had real teams, but players were identified by jersey number only. RBI Baseball had real players, but the teams were identified only by their home city.

Tecmo Super Bowl was the exception, featuring real teams and real players. The idea that you could sit down and play an actual video game that featured real NFL teams and the actual players, by name, that played on those teams, was amazing. 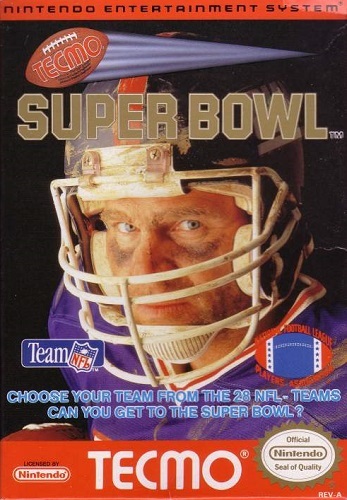 But that didn’t quite cut it. My friend Joe and I craved the concept of having OURSELVES in the game. Wearing the jersey number we wanted. But this was not yet feasible. So, I took it upon myself to create my own universe, using an old NES game called John Elway’s Quarterback, and Tecmo Super Bowl. And it went something like this: 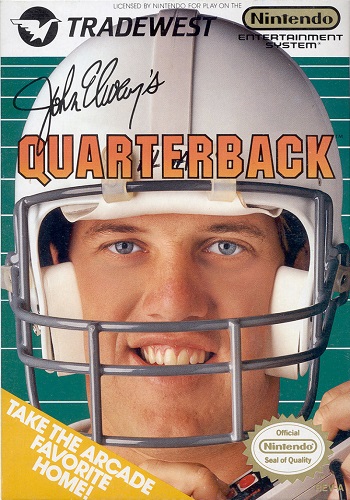 John Elway’s Quarterback was an arcade-style game that featured no real players and no real teams, which made it perfect for the simulation I wanted to run. I used it as a college football game before such a thing really existed. I would play a schedule I made up on my own, using the “Los Angeles” franchise as UCLA, and since the game did not feature any type of post-game statistics, I would sit with a binder in my lap and a pencil, and when “I” completed a pass in the game, I would see how many yards that completion covered and write it in my binder. At the end of the game I would count up my completions and yards and know how I had performed in that game. I did this for four simulated seasons, and then moved on to play Tecmo Super Bowl as a draft pick of the Cleveland Browns.

In addition to being my favorite NFL team, Tecmo had apparently been unable to obtain the rights to Browns’ quarterback Bernie Kosar from the NFLPA, so he is simply named “QB Browns” in the game. This offered me the opportunity to select my own number (I wore number 9 in my simulation) with the Browns. I played seven seasons with the Browns, winning three Super Bowls, before leaving as a free agent to return to California, signing a deal with the (at the time) Los Angeles Raiders. I played one more season with the Raiders before I started to get bored with the whole concept of the game.

Fast forward a couple of years and I started anew, with a new console and new games that upped the ante considerably: College Football USA 97 and Madden NFL 97 on the Super Nintendo Entertainment System. This was a step up in every way.

While College Football USA 97 did not include the option to create a player (which it did on the Sega Genesis version of the game but I didn’t get it until many years later) it did include ALL NCAA Division I football teams. And Madden NFL 97 did have the option to create a player, so I basically did the same simulation over again, four years of games with the UCLA Bruins followed by creating myself with the Pittsburgh Steelers, as I didn’t have the option to play for the Browns in 1997 as the franchise didn’t exist in that form.

I never actually played a game with the Steelers, as I ended up ending my run in order to start playing Ken Griffey Junior’s Winning Run on the Super NES instead.

By the time I came around again, things had changed exponentially. I had bought a Sony PlayStation and bought every sports game available from 989 Sports, Sony’s proprietary division that produced college and professional sports games.

NCAA GameBreaker 2000 and NFL GameDay 2000 were truly amazing. I could create myself, by name, height, weight, hair color, facial features, hometown and a number of other settings. Not only that, but I could download myself onto a memory card from NCAA GameBreaker and then upload myself onto NFL GameDay for the NFL Draft. And it was here that I found my most lasting success, fleeting as even it may have been.

Four seasons at UCLA, playing both football and basketball for the Bruins. I was then drafted into the NFL by the Carolina Panthers, a franchise I was never a huge fan of but decided to run with it; I even went out and bought a Carolina Panthers Starter parka, back when that was a thing. It was to be short-lived, however, as my created self suffered a knee injury in week two of my second season with the Panthers and I was on the retired list at the end of the season. That $100 jacket may have been a mistake in hindsight.

My next run at this simulation was in 2013, with the release of NCAA Football 14 from EA Sports along with Madden NFL 25, the 25th anniversary edition of the game, for the PlayStation 3. I wanted a true full-on experience, so in addition to UCLA football I also bought a copy of NCAA Basketball 10, which was the final release of that franchise, as well as a copy of MVP NCAA Baseball 07 for the PlayStation 2, the second and final release featuring college baseball. But, I learned that unhappy, time-consuming relationships don’t mix well with time-consuming video game simulations, so I never so much as got started. I boxed up my games figuring I would try again in the future.

No such luck, as NCAA Football 14 was the final college football game ever released, still to this day. So I keep them, hoping maybe someday I’ll take one final run… 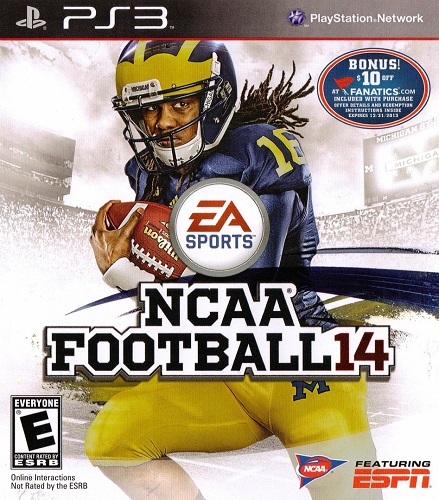 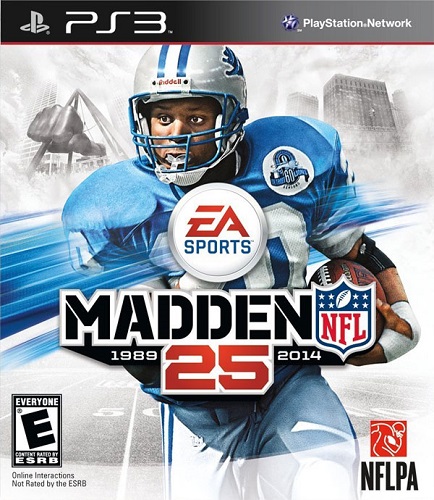 Which brings me to today and my latest simulation attempt, completely off track from previous attempts. This attempt has begun with me simulating a self-simulation. I created myself on MLB 2005 for the PlayStation 2 and then simulated my career, playing 14 seasons with the Oakland A’s, Toronto Blue Jays and Chicago White Sox. I manipulated this a bit, as I had been a big Oakland A’s fan in the 1980s and began following the White Sox in 1991. I kept my statistics and outlined my career running from 1982 to 1995, those years beautifully encompassing my public school years, from my entrance into kindergarten in 1982 to my graduation from high school in 1995. From here, I will simulate myself as the general manager of the White Sox, on MLB The Show 19. 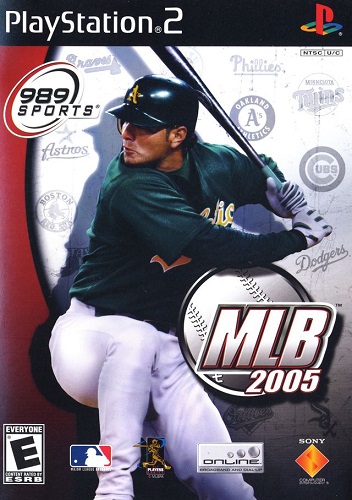 While the game will drop this Tuesday, I will not be doing anything with it until the Operation Sports Full Minors rosters are released in the roster vault at some point this spring. At that point, I’ll start playing, making the roster moves as I would as GM. I hope to continue this through the end of the season and when the 2020 version of the game is released, just transfer my up-to-date saves to the new version on a yearly basis.

I wish I had started this three years ago when year-to-year saves became feasible.

While the desire still burns within me to go back to the NCAA Football 14/NCAA Basketball 10/MVP NCAA Baseball 07 games and head back to UCLA, I see that as more of a future option. I am so completely invested in baseball at this point its going to take something major to push me back to other things. Like a potential 2021 MLB strike.

Basically, that’s what I’m holding out to see. If there is, in fact, a work stoppage, I’m boxing up everything I own of a White Sox persuasion and replacing it with everything UCLA I can get my hands on. I won’t lie, there’s a part of me kind of hoping for a work stoppage just for that reason. But we’ll see how I feel when 2021 rolls around.

That’s my life’s experience with sports video game simulations. I’ve loved it every step of the way, and I hope I can make the adjustments to make this new round as satisfactory as previous years. In the early days of this exercise, Joe and I would go so far as to keep our own newspaper headlines and storylines, which certainly added a major creative outlet to the whole experience. I am so ready to do that again. It’s time.

Thank you for reading, and God bless.